As previously reported here parking charges were due to be introduced at the St Ives & Longstanton Park & Ride sites "in April".

April is nearly gone, but there are clear preparations at St Ives, and signs stating that charges start on 14th May:

There are a total of 7 ticket machines at St Ives - all currently covered over - two groups of 3, and one on its own.


Also some additional signs around the car park: 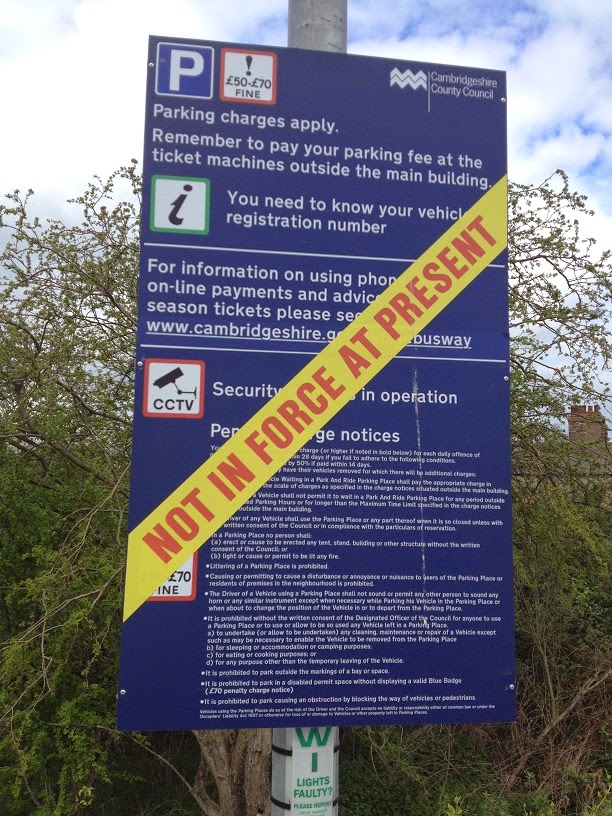