The Cambridge News reports that the number of complaints to the County Council concerning the Busway has fallen. The full story is here.

The number of Busway-related complaints to the bus operators isn't reported.
Posted by Hugh Taylor at 10:19 2 comments:

More on the busway track faults

Cambridgeshire County Council's Cabinet has approved a report on the £20 million of faults that have been identified on the guided busway track.

The faults potentially affect every track beam between St Ives and Cambridge, and the 'serviceability and longevity' of the busway are now being questioned.

It is possible that legal action may be taken against the company that built the busway, BAM Nuttall.

Here are a couple of photos of  'excavations' at Oakington. Is this something to do with the faulty track that we have heard about recently? 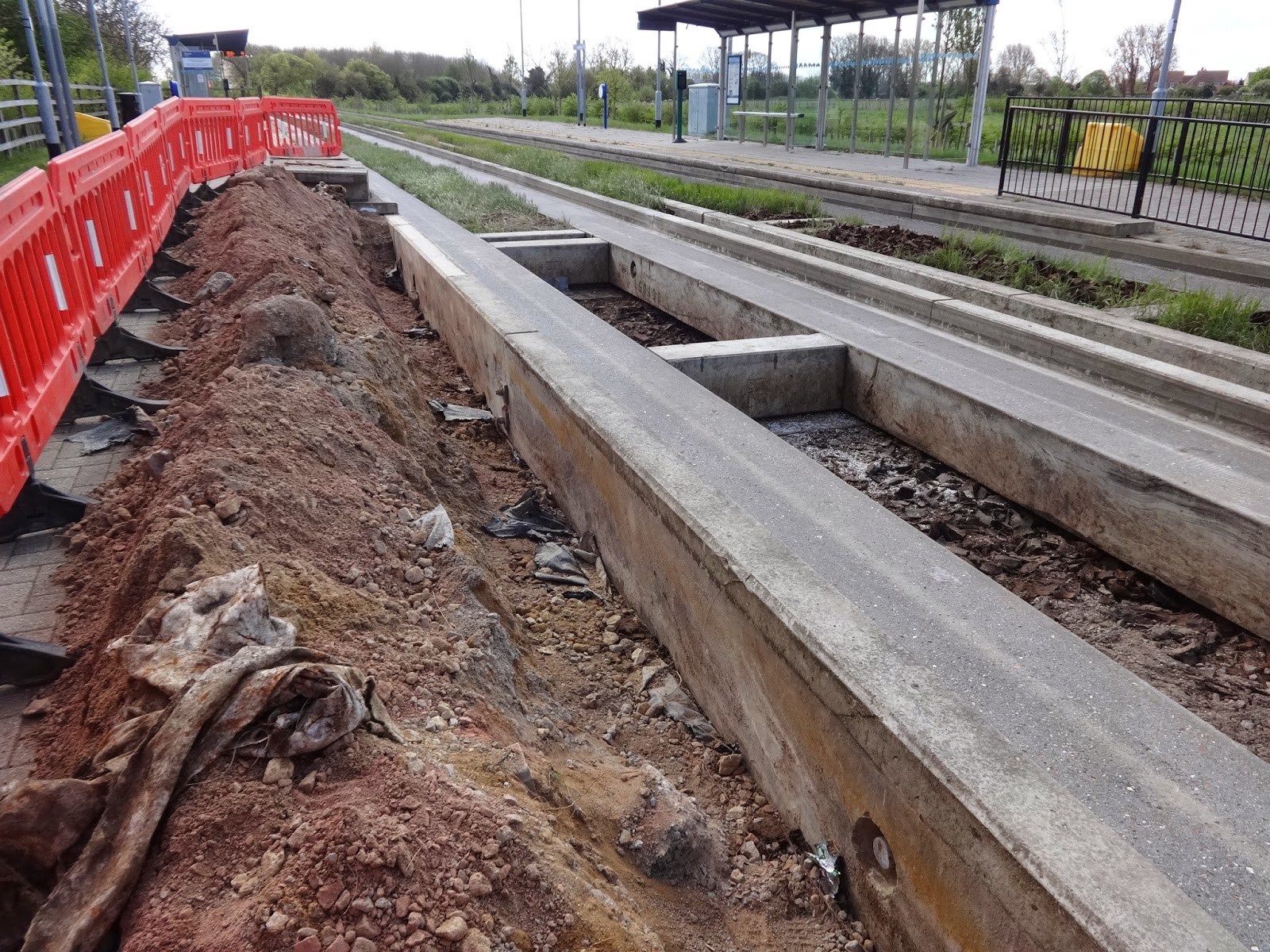 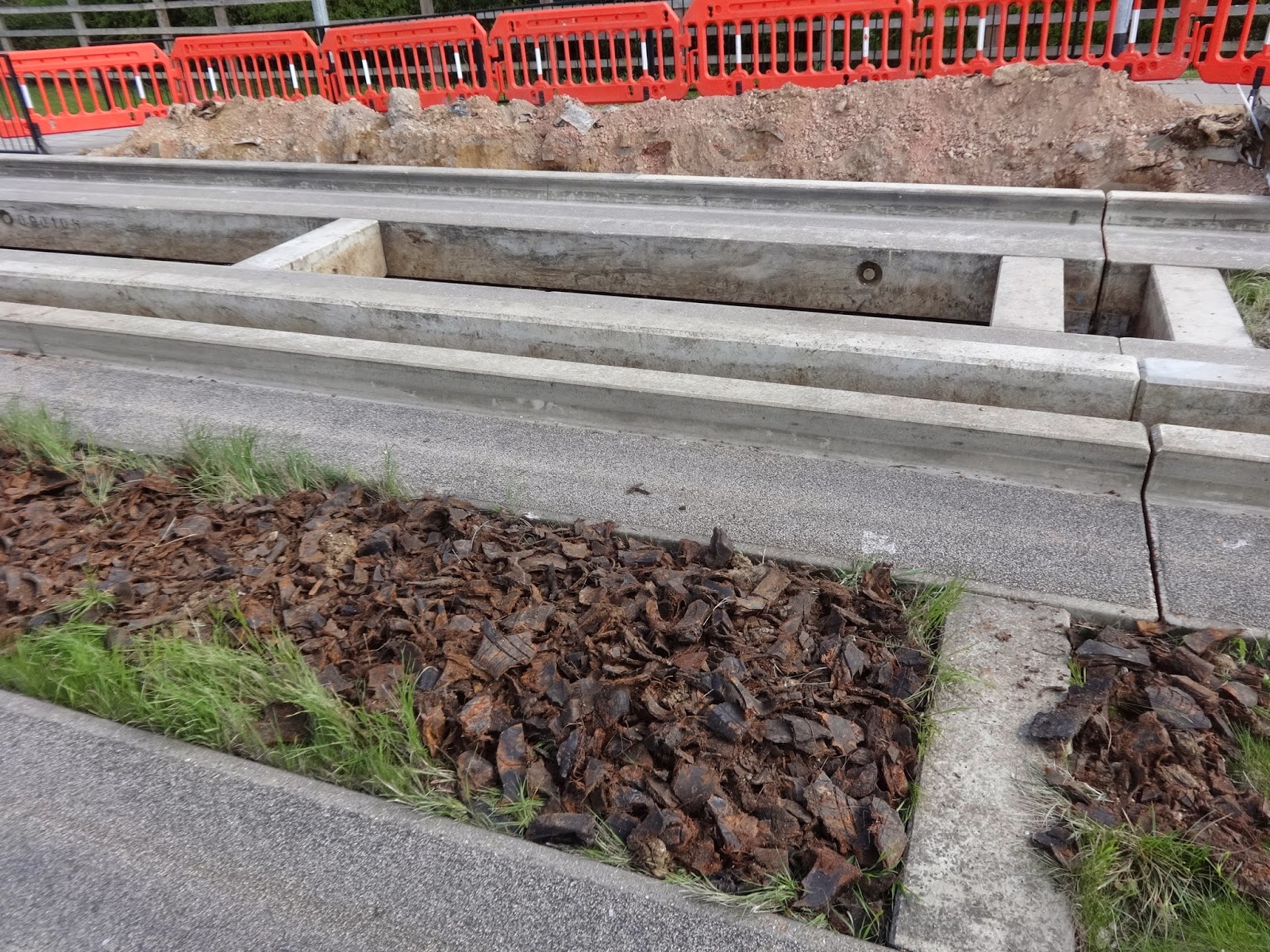 Cambridgeshire County Council is expected soon to approve construction of a 500-metre guided busway link between Milton Road and the new railway station at Chesterton on the northern edge of Cambridge.

The likely contractor is named in a Cambridge News article as Balfour Beatty, and construction of the track beams is likely to be on site, rather than brought in from elsewhere.

If the scheme proves too expensive, ' a road with guided entry and exit points to prevent trespass' may be built instead.

It is not clear from the article what provision is likely to be made for ordinary buses to serve the new station, nor indeed what specific bus routes may run.

From my perspective, as a St Ives resident, I am wondering if the existing bus routes A, B and C may be diverted to the new station - which would inevitably slow down their journey times. Or are some new routes being planned? What connections are planned between guided buses and the train, especially with regard to late night train arrivals from London? Up to now, evening guided bus connections at Huntingdon Station with trains from London have proved poor, and they do not run until late evening.

A report published by Cambridgeshire County Council has revealed that the busway track is in need of around £20 million worth of repairs, according to an article in the Cambridge News.

The faults are in the bearings which support the concrete track beams, and in the foundations of the beams. There are mid beam cracks which are bigger than permissible.

As these problems arise from the way the track was constructed, legal action against  BAM Nuttall, the engineering firm which built the busway, is being considered.
Posted by Andrew Bethune at 15:30 No comments: