It has not taken long for a "Respect" sign to get modified.

Two at Swavesey have been modified by somebody who clearly feels that they omit to encourage respect between all users - horse riders, cyclists, pedestrians and dog walkers - on what is officially a bridleway.

It's been a long time coming - indeed, it was back in mid-March that Andrew first reported that Whippet were planning changes to their services, including Busway C and D. Now it's reported that those changes will be implemented from July 26.

Buses will no longer operate as route D. All our guided buses will now be route C via Science Park. The journey to Long Road Sixth Form College will operate on all weekdays, not just college days, and will use The Busway between Cambridge Station and Addenbrooke’s Hospital to avoid the traffic on Hills Road.  Between the guided busway and Long Road College buses will serve bus stops on Robinson Way outside the Rosie Hospital.  The afternoon journey will be delayed by 10 minutes to give students enough time to reach the bus. The daytime pattern of departures will also now apply on Saturdays and will be complimented by the revised route 1A running on the opposite half hour, resulting in a 30-minute service from Cambridge Railway Station to St Ives.  The midday journey from Cambridge to Somersham will run an hour later, giving more time in the city. Times of route C from Cambridge City Centre in the evenings are adjusted slightly. Route 1A will provide later journeys to St Ives including a new 18:40 departure from Cambridge Railway Station.

More information, including links to the new timetable, on the Whippet website.
Posted by Hugh Taylor at 14:50 No comments:

The Ouse viaduct will be closed for repairs this weekend - all day Sunday through to 04.00 Monday. Buses will be diverted between St Ives and Swavesey, and the Fen Drayton Lakes stop not served. The adjacent bridleway will also be closed. For more information see the County Council website.
Posted by Hugh Taylor at 09:17 No comments: 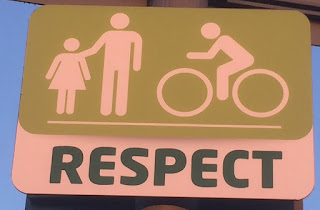 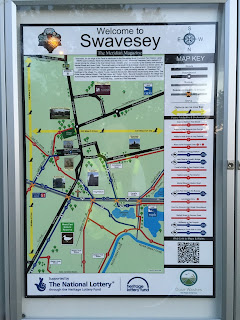