Christmas floods on the busway

Merry Christmas to all readers of the busway blog!

It's not such merry news for those of us who cycle the busway. I walked along the busway between the gravadlax and the turkey early this afternoon, and the Great Ouse River is in flood. Water is now covering the busway cycle track at the concrete bridge a short distance east of the Ouse Viaduct. I was a bit surprised to see that the water is flowing through that concrete bridge from north-east to south-west ( that's left to right on the first photo, and right to left on the second). 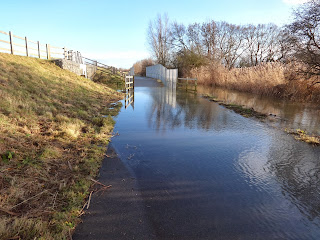 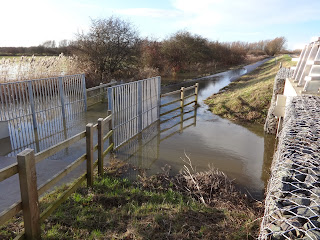 I'll keep checking the water levels over the next few days and post details on the blog.

Boxing Day update - the big dip between St Ives Park & Ride and the Ouse Viaduct is now under water, and the flooded section beyond the viaduct has extended both directions from the concrete bridge. So probably 400 metres of the cycle track under water. 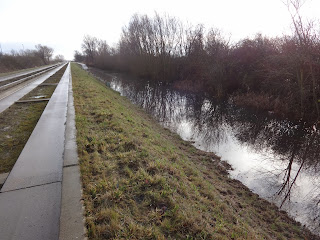 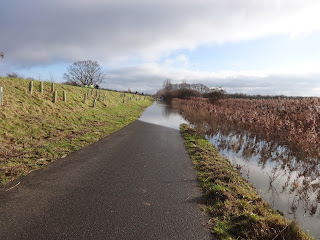 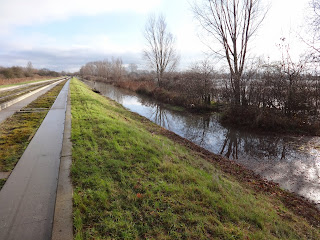 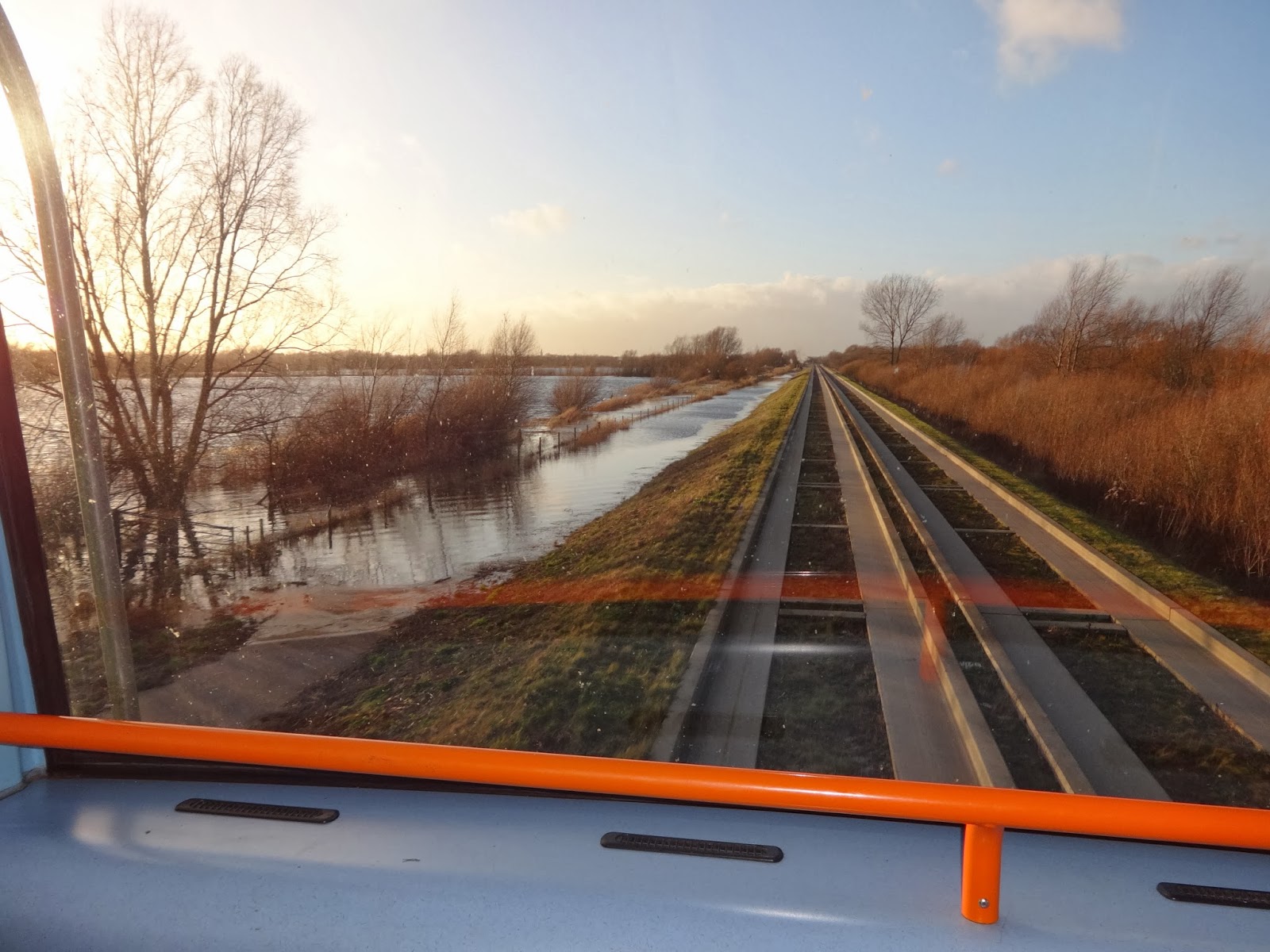 I walked along Low Road towards Fenstanton this afternoon and here is the state of the road at Crystal Lakes. Although the road is 'closed' several cars drove through the flood apparently without difficulty and a cyclist made it through. 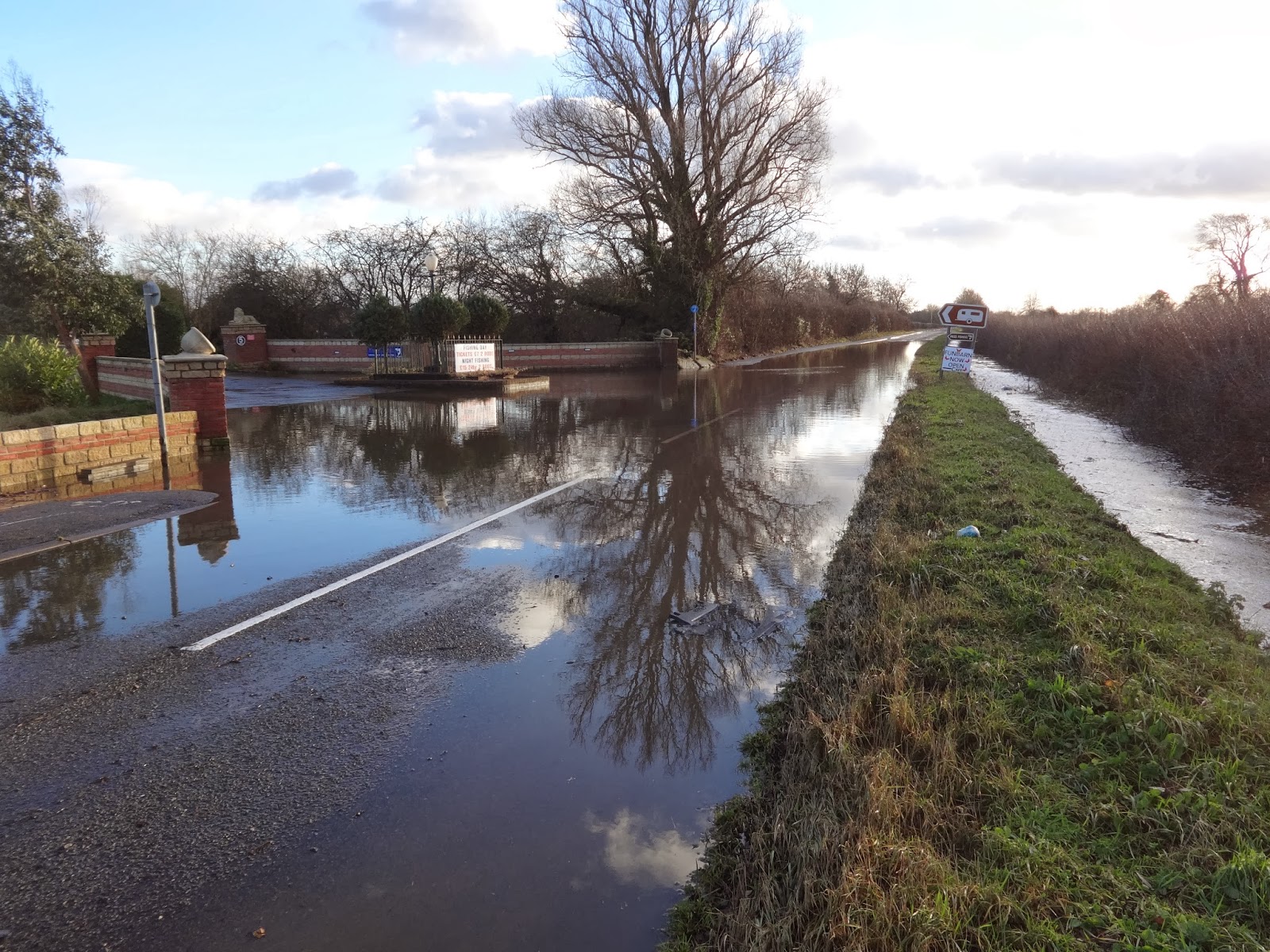